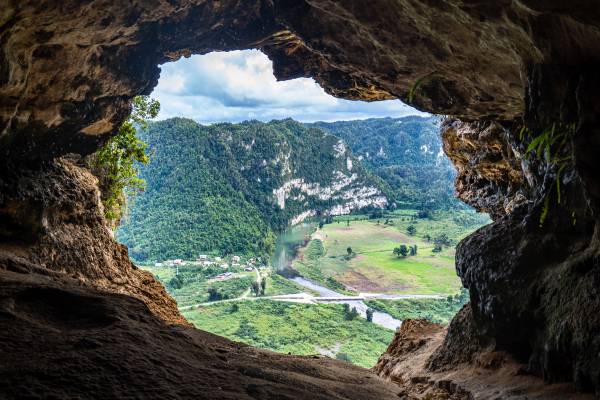 In Spain we know the concept of cave house, either because we have had the pleasure of visiting the cave houses in Andalucia or in the Canary Islands.

And what do cave houses have to do with passive solar energy, believe it or not, a lot. Let’s go by parts.

What is passive solar energy?

It is for this reason that we say that cave houses and passive solar energy are similar. The principle of passive solar energy is to build a building that takes advantage of direct sunlight, thus keeping it warm in winter or cool in summer. At the same time, it takes advantage of all the solar hours of the day so as not to resort to the electrical network. More or less the same as a cave house, right?

What does the cave house share with passive solar energy?

We are going to explain the architectural elements that make up the passive solar energy and that it shares with the cave house to understand the similarity a little more.

When we talk about thermal mass we refer to the heat absorbed by the walls, floor or ceiling of the house thanks to direct sunlight. As in a cave house, the ideal is to opt for materials that absorb solar energy efficiently. A cave house has the ability to absorb sunlight because the material it is made of is usually stone, so that during daylight hours it absorbs all the heat and releases it slowly throughout the day . We want to achieve the same thing when we build a passive solar energy house. On the other hand, to keep cool we will talk later about the use of windows for ventilation, in the same way that blinds can be used. The houses cave are kept cool in summer due to the natural insulation that they favor, usually thick walls that do not allow the heat to penetrate completely, in the same way the ventilation in the cave houses is the same of essential than in passive solar energy.

When making a construction of passive solar energy the ideal materials so that the thermal mass is ideal would be; brick, concrete or stone.

When making a passive solar energy construction the choice of thermal insulation is key, since the better the insulation, the more protected the house will be. In turn, it has to be placed throughout the house (walls, ceilings and windows) so that the heat does not escape. It is convenient for the insulation to be concentrated on the roof, because it is the space where the greatest losses occur.

In passive solar energy, windows are the tool that allows sunlight to enter the home. So it fulfills two functions: on the one hand, they provide light to the house, so that we do not consume energy from the network during solar hours and, on the other hand, they provide heat to the house, since they allow sunlight to pass through the glass and heat the house. Thanks to this, the use of heating decreases, since the house is heated naturally. This same logic is used in cave houses, since the windows are strategically placed, in such a way that they provide light, warmth in winter and coolness in summer. Both in passive solar energy and in cave houses, the windows serve to ventilate the house, in such a way that in summer it redistributes the heat that enters directly and dissipates it.

These three elements are the essential elements that make up a building that benefits from passive solar energy and a cave house. Do we see the similarity between the two?

Our ancestors understood that cave houses were ideal places to reside and protect themselves from the seasons, in the same way, we are once again understanding that living in caves was not a primitive idea and we apply the same principles to new buildings to make them more energy efficient. Passive solar energy is used to save on energy expenditure, because, as we mentioned earlier, by making use of the natural elements that the earth offers us , we do not depend on the electricity network to see during the day, nor on heating to keep us cool in winter. Passive solar energy can be carried out in new buildings, in the same way that old buildings can be modified to reform them to passive solar energy.

In addition, if we combine passive solar energy with active, we can save much more on our bill, in the same way that we take care of the planet by becoming self-consumers of our own energy.

By choosing Solarama as your solar partner, we will take care of all aspects of your installation, from the design, financing and warranties, to the legalization and processing of the applications for subsidy, and the monitoring and optimization of the solar installation during the following years.

What to know before your home solar panel installation

What do cave houses share with passive solar energy?

Can I deduct the installation of solar panels?

EN
ES
Get Free Assessment
Thanks!